The Toledo Bend Lake Association awarded 139 lunker bass replicas to anglers at the Sealy Outdoors Big Bass Splash at Cypress Bend Park on Sunday, May 22, 2016. This was the fourth year in a row that the record number of lunkers has been broken.  During this lunker year, the fish were caught in Toledo Bend from May 15, 2015, to May 19, 2016. Mrs. Dinah Medine, Coordinator of the TBLA Lunker Bass Program, presented the replicas after the final weigh-in of the 2016 Sealy Outdoors tournament.

You can see photos of the anglers and their lunkers by going to the Toledo Bend Lunker Bass Program on Facebook.  A list of the lunkers  is posted under the program year at the top of this page.

The TBLA Lunker Bass Program is the signature conservation program among many projects sponsored by the Toledo Bend Lake Association that meet its mission: “to improve the quality of Toledo Bend Lake and the amenities surrounding it.”

Congratulations to all 1,027 anglers (as of May 2021) who have earned lunker replicas since the program began in 1992  . . . let’s keep the Nation’s  #1 bass fishing lake, as designated by Bassmaster’s Magazine, booming with lunkers for next year’s awards! 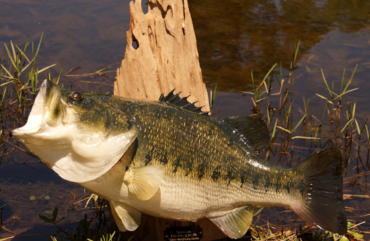 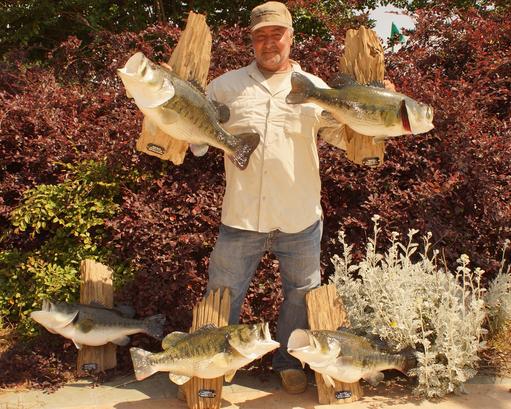 The Toledo Bend Lunker Bass Program was initiated by the Sabine River Authority of Louisiana in 1992 and continued by Toledo Town & Tackle in 1998. Sponsorship was transferred to the Toledo Bend Lake Association in 2005. From 1992 through the 2020 season, 1,041 Lunkers have been caught and released through the Program. 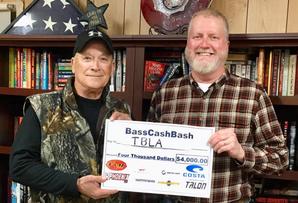 OUR WEIGH STATIONS INCLUDE:

A big thank you to P.D. Vinson of #BassCashBash for donating $4,000 to TBLA for the Toledo Bend Lunker Bass Program. Pictured is Ned Goodeaux & Ricky Yeldell. 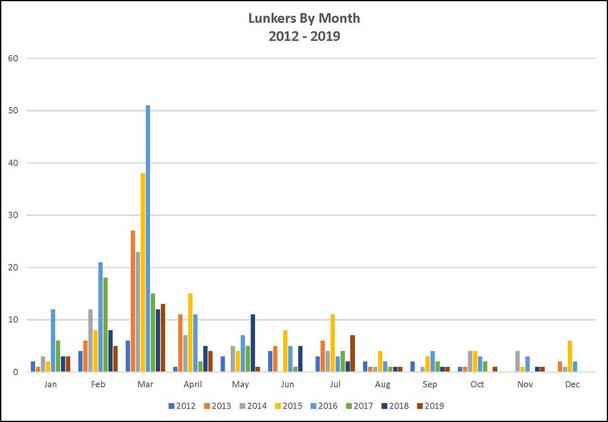 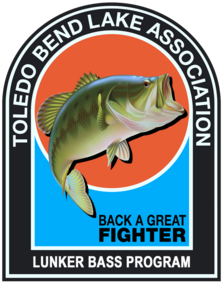 The Toledo Bend Lake Association (TBLA) awarded 32 lunker bass replicas to anglers at Cypress Bend Resort on June 25, 2022.  Dinah Medine, coordinator of the TBLA Lunker Bass Program, and TBLA President Gary Moore presented the replicas to the deserving anglers. The largest fish was caught by Jimmie Box on March 26, 2022, weighing in at 12.16 pounds.  View and download the video of the anglers with their lunkers HERE.

The goal of the Program is to encourage the return of trophy fish to the lake by rewarding anglers a replica bass for catching and releasing their Toledo Bend Lunker back to the lake. TBLA hopes it will spawn and produce more potential lunkers and continue to grow and be caught again by another angler. To qualify for a Lunker Bass replica, the fish must be weighed, registered, and released alive by TBLA or its representative.  TBLA provides an angler a free fiberglass replica for any bass weighing 10 pounds or more, provided the following rules are met: